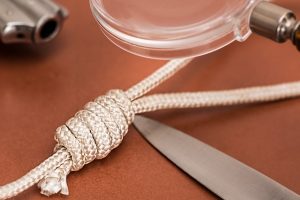 A couple years ago, a young author I was mentoring asked me to meet her for lunch.

This was four months after the release of her first (and only) book—a date that I will firmly remember and not for positive reasons.

This young writer had scheduled a party in which she had invited all of her friends to witness this life-changing occasion—the release of a new author’s first book. Being the nice lady that I am, I had delayed a release for one of my own books to help this very talented writer get her book ready in time for her scheduled release and party.

To this young writer’s surprise, the book that I had predicted had what it took to be a best-selling YA was not selling! Thus, the reason she had invited me for lunch—which I took time out of my own writing to do.

I responded to her query about why her book wasn’t selling with a question of my own. “How’s your website coming?”

She looked at me like a deer in the headlights.

Months after its release, this author who was so adamant about getting her book out in time for a party still did not have a website.

On my advice, she had booked a virtual book tour. However, she wrote only one article to be sent to every blog that had requested a guest post. While she had social media accounts, she was not using any of them except to post selfies of herself drinking a glass of fine wine while relishing in the status of being a published author.

While this writer went on to put forth a litany of reasons why she did not have the time or know how to work on a website, I had one of those flashbacks—not unlike what you see in the movies where the scene before you gets all blurry and then fades out and then fades in again to find your protagonist (a younger me) sitting in my husband’s study talking on the phone with an award-winning, best-selling author.

Several years earlier, after the release of my first book, a fan had put me in contact with a friend of hers, who happened to be an award-winning, best-selling author. Ideally, the fan hoped her friend could help me to expand my audience to put me on best-sellers lists or, at the very least, sell some books.

To my disappointment, my single conversation with this author was less than enlightening. Not only was it lacking in information, but I got the feeling that this accomplished writer really would have preferred to be doing something else—like changing her cat’s litter box.

Could it be a sense of competition? She doesn’t want to help another author because she wants to keep the secret of her success to herself?

I won’t say I came away from our conversation discouraged—on the contrary. I was motivated to make myself a success to show her. Plus, I vowed that if ever I got into a position where I could help struggling writers, I would not be so impolite.

With the release of my eighteenth book, Killer in the Band, I am thrilled to not only be making a living as a best-selling mystery writer, but I tickle myself occasionally by comparing my sales rankings to this impolite author and see that my sales are indeed better than hers.

I have also learned why this author was less than polite to me.

Since reaching international best-seller status, I have worked with dozens of writers. I have spent untold days, not just hours, but days working closely with writers to publish books that I believed had what it took to be best-sellers, if not award winning!

While the writers had the talent to write great books, they lacked the passion to invest the time, energy, and persistence to do what had to be done to make readers aware of their books’ very existence.

I can actually hear many writers reading this article saying, “That’s not fair. You know how to market your books. I don’t. I mean, what do you put into a tweet?”

To this, I have to ask, “Have you tried learning?”

I didn’t know what to put into a Twitter post either. But, when a fellow author told me that she was selling books using Twitter, I put in the effort to learn. I went onto Twitter and studied the postings of authors who were selling books. I read blog posts about selling books through Twitter. It took me six months of going onto Twitter every day, but I finally learned how to use it. Now, I can say with certainty that on days I don’t use Twitter, my sales drop ten to fifteen percent.

I have a friend, a fellow author, who regularly enjoys great book sales. In trying to pass it on what she has learned, she offered marketing coaching to new writers, in which she took them step by step on what to do to establish an online presence—setting up social media accounts and using Facebook, Twitter, Instagram, etc.

After a couple of years, she closed up shop in frustration and decided to devote her time to her own writing. She wasn’t frustrated due to lack of business, but rather due to writers disappearing off the face of the earth as soon as she suggested that they start working on setting up their own website. Yes, I admit, it is grueling setting up a website, even with the most user friendly sites, but your readers do need a home base to go to learn about your books. Professional authors have websites.

After a couple of years and coaching several writers, my friend said that not one of her clients, each one of whom was extremely excited about joining the ranks of being a published author, ever set up a website. They also failed to act on her other advice about regular use of social media and blogging.

Nor are any of them selling books.

The excuses for writers refusing to do book promotion are as vast as the book genres available:

“I have a full time job.” (Didn’t you have a full-time job when you wrote this book?)

“When I make enough money from sales on this book, then I will start working on promoting it.” (Let’s all sit back and think about that for a minute.)

“I don’t know how.” (I get that a lot. Then, I will take the time to explain how to them: hunt down materials that I had written about the various topics and send links to blogs that offer step by step instructions for using various sites. Rarely, do I see the writer take my advice and use the resources I have sent.)

Remember the writer I opened this post with? The one who is now staring at me with the deer-in-the-headlights look. She was one of my marketing friend’s clients who went AWOL as soon as she mentioned setting up a website.

Sitting there in that café across from this young author who had written a fabulous book, I had concluded that maybe most published authors are so overwhelmed by the prospect of book promotion that they freeze—like a deer in the headlights—and as a result, they do nothing—except post selfies of themselves drinking wine while holding up a copy of their book.

Maybe, I thought, detailed instructions about how to promote your book on the Internet will help.

After that lunch, my marketing specialist friend and I put together an all day workshop with step by step instructions. I sent out notices to all of the new writers I had worked with throughout the years. We posted notices anywhere and everywhere, not just at brick and mortar locations but across cyberspace. The response was tremendous. I got several emails saying, “Wonderful idea. I can really use that. Thank you so much.”

Note that my friend (who is also an author) and I took time out of working on our own books to put together this all day workshop to help other writers learn how to sell books.

Not one of the writers with whom we had worked, including the young YA author, attended the workshop.

That was about the time that I mentally transmitted an apology to the best-selling, award-winning author who was less than polite to me.

Still, I get asked, “What is the secret to being a successful best-selling indie author?”

No, the answer isn’t knowing how to build websites, regular blogging, or having the most followers on social media. The answer isn’t quitting your job and writing a minimal number of words a day. The answer isn’t even writing the best books. I’ve worked with writers who have written fabulous books that get tremendous reviews—from the handful of readers and reviewers who have seen their books.

The secret is this:

Are you ready? Here it is.

Yes, it is a job you love, but it is a job. Even when you aren’t making money at it—you work at it and keep on working at it.

I write full time. I get up in the morning and commute to my office, which is one floor up from my bedroom and I work. But half of my work time is not writing murder scenes. It is answering emails, calculating my sales, updating my website, checking in with social media, and coordinating deadlines with my editor and tour coordinator.

Just the other day, my husband, who is my business manager, and I spent our lunch arguing over whether a software subscription service to which we were paying a monthly fee was worth the investment. To answer the question, I have to keep a log this whole month of every time I use that program. Is that what I envisioned doing when I was a teenager dreaming of being a writer. No! I dreamed of prancing around a penthouse in New York and sipping wine while relishing in being a published author.

Would I rather be sitting at my laptop writing a thrilling shootout instead of retweeting Twitter posts for other authors’ books and reading articles about the future of audio books? You betcha! But this business has to be taken care of so that I have the luxury of making my living writing my books!

Doctors don’t spend all of their time treating patients. They have to spend a good deal of time working with insurance and pharmaceutical companies. They may not like it—but it is part of taking care of business. If they don’t make sure that bureaucratic junk gets taken care of, they aren’t going to get paid.

Lawyers need to read legal journals and keep on top of changes in the law. No, they don’t spend all of their time in court or wheeling and dealing.

Best-selling authors have the passion to succeed—making them willing to embrace the less than enjoyable tasks that encompass book promotion. They take time out of contemplating the perfect phrase to describe a rose in their next book to write a blog post for an upcoming book tour to sell the book they’ve already written.

The alternative is to contemplate that perfect phrase while flipping burgers at a fast food restaurant.

So there, dear writers, you know my secret.

Now it is time for me to go back to work.

Lauren Carr is the international best-selling author of the Thorny Rose, Mac Faraday, Lovers in Crime, and Chris Matheson Cold Case Mysteries—over twenty titles across four fast-paced mystery series filled with twists and turns! Learn more about Lauren and her books at http://www.mysterylady.net/