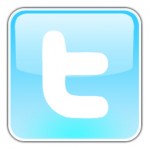 The Brownback Rule of Social Media: If you’re a politician, don’t pick a fight with a teenager on Twitter.

Maybe you’ve seen the story: Staff members for Kansas governor Sam Brownback tattled on a Kansas teenager, Emma Sullivan, who said something mean about the governor on Twitter. She ended her tweet with the hashtag #heblowsalot. They tattled to her high school principal, who tried to make the teen apologize to the governor. The teen refused.

(Excuse me while I have a flashback moment to my stint as editor of my high school newspaper. Did the administration censor the paper if we tried to print stuff they didn’t like? Of course they did. Could we do anything about it? No, they could pull the plug on our paper at any time.)

In the name of all of us high school journalists who were censored by the principal, bravo to Emma Sullivan who exercised her right to freedom of speech by tweeting the governor sucked and then by declining to apologize, saying “she didn’t want to give the governor any more power.” The governor has since apologized to Emma for his and his staff’s over-reaction. The twitterverse is still demanding that the principal also apologize for demanding she write an apology. It will be interesting to see if he does.

The lesson here? First of all, unless you wish to have your name used as a verb – “brownbacking” will now be defined as overreacting to criticism on social media – respond to legitimate criticism of your business or brand in a mature fashion. Ignore the silly stuff. You’ll just look like an idiot if you get involved in the cyber equivalent of a playground fight. Especially if your antagonist is a teenager with a twitter account.

Second of all, the old rules about how to control your message has long been thrown out the window. You have no control, no matter if you’re the governor of Kansas or a small business owner. Anybody with a twitter account, a blog, or a facebook page can say whatever they want. It’s up to you to monitor your online reputation and respond in a mature fashion when you need to.

And just remember, nobody likes a tattletale.