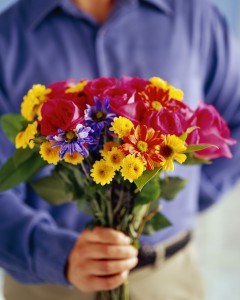 Apologies are big this week on the net. After 3 days of more and more nasty name-calling and creepy suggestions regarding her personal life, Rush Limbaugh issued a half-hearted apology to Sandra Fluke.

Nobody took it seriously. Advertisers continued to bail. Sandra herself dismissed the apology, saying it changed nothing. News outlets like Slate Magazine dissected Rush’s statement and pointed out why it was not affective in stopping the bad press.

All in all, this was a textbook example for anybody who’s in business or in the public eye of how NOT to apologize. Because, let’s face it, sooner or later we screw up and somebody is upset. How should we act?

Apologize right away and mean it.

I worked for a guy years ago who advised me to say the words “I apologize” rather than “I’m sorry” when dealing with a customer complaint. He said it was better for the business relationship as it didn’t imply any personal fault.

Dictionary.com defines “apologize” in this context as “to offer an apology or excuse for some fault, insult, failure, or injury,” and “to make a formal defense in speech or writing.”

I disagree with that long-ago employer. According to the definitions above, when you say you apologize, you’re really making a formal defense of your mistake. But, there’s no personal feeling of regret. In today’s hyper-media times where a corporate or a political goof goes viral on Twitter in minutes, you need to show that you do “feel regret” and say that you’re sorry.

Small business owners ask me about what they should do if someone posts a complaint about them on a review site or on their Facebook page. The answer isn’t any different than what they’d do if a customer walked into their store with a complaint. They should say they’re sorry and try to make it right. And they should mean it.