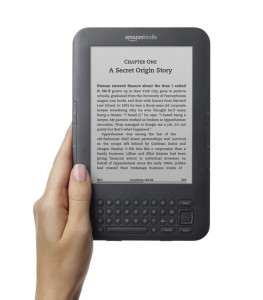 I’m a sucker for a bargain. I’ve been sampling and sometimes buying Kindle books that are priced at $.99 to $2.99. Some have been good and some are…not so good. But they were cheap, so excused the occasional typo or awkward phrasing or lame plot. But, no more.

Publishing ebooks has become the latest way to Make A Million Dollars On The Internet. Previous Ways To Make A Million Dollars have been blogging; before that it was selling on eBay.  Would-be writers are following the example of several successful Kindle authors and are putting a lot of cheap ebooks on Amazon’s Kindle Store. I’ve downloaded samples of several that looked interesting and realized very quickly that a lot of these books were less than ready for publication.

Speaking as a Kindle owner and an avid reader who appreciates a well- written book, I have a request. If you want to sell me a book, spend the time and the effort writing a good book.

Speaking as a marketer who works with authors: Don’t be dazzled by the recent million seller Kindle authors and think you can slide by with a medocre effort, even if you price it at $.99. This is your reputation as a writer at stake.  Don’t blow it.