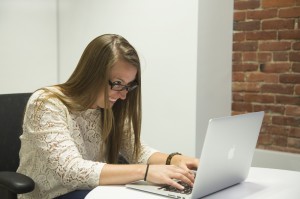 I stink at naming things. Products, book titles, even pet names. (My last 2 dogs were named by other people.) But, as name-challenged as I am, I know a bad book title when I hear it.

Would John Steinbeck’s “Of Mice and Men” still be a classic if Steinbeck had stuck with his original title of “Something That Happened?”

Harper Lee’s “To Kill a Mockingbird” was originally titled “Atticus.” And Jane Austin’s “Pride and Prejudice” had the working title of “First Impressions.”

Maybe it’s the familiarity of the titles talking, but I don’t believe these books would have done as well if the working titles had stuck.

I don’t think first time authors spend enough time on their book’s title and it’s a darn shame. All of your promotion efforts depend on whether people can remember your name or your book’s name.

A good book title has to be memorable.

If I can’t remember a book’s title after hearing it 3 minutes before, it’s probably a bad title. I was talking to a prospective client a few weeks ago. The title of his book was long and complicated. It went in one side of my brain and slid out the other side without making any impression whatsoever. This is not how you sell books.

If it’s an academic book, the author can be forgiven for a long and complicated title as long as it’s written for people in your field. They will understand the title. A lay audience will not. This particular book was aimed at a lay audience and had an academic title.

A good book title has to evoke an emotion. Curiosity. Interest. Not a yawn.

A good book title should avoid cliches. To quote French poet Gérard de Nerval: “The first man who compared woman to a rose was a poet, the second, an imbecile.”

Before you commit to a book title, test it first.

Start by Googling it. If your book title has been already used by another book, keep trying. You can’t copyright a title, but why name your hard work after something else that’s out there?

Test it out with friends and family. If your Mom (who loves everything you do) says “Huh?” when she hears your title, keep working on it.

If your book is nonfiction, do a keyword search to see what words people use when they search on your topic. Try to incorporate keywords into your title and subtitle. This will also help immensely with your Amazon sales as Amazon is one big search engine.

Say it out loud a lot. If even you can’t say it easily, keep working on it.

Here’s a few online articles on how to write good titles: